Carolyn and Chris Brown’s dream house was right on their doorstep, but they still changed it beyond all recognition to create a very modern family home

When it came to the crunch, friends, neighbours and the local community meant far more to selfbuilders Carolyn and Chris Brown than a bigger house in a different street. “We wanted to buy our own place after renting for more than five years,” says Carolyn. “We loved the street we were in, and the rented house worked for us, but the owner didn’t want to sell – in spite of us trying three times.”

They started looking for something else and, eventually, a similar property just three doors down from the one they were living in came up for sale.

Although it was the perfect solution, right there on their doorstep in the community they loved, it was by no means a perfect house. It was a dated three bedroom property, built in the 1950s, and relatively un-modernised. There was damp in every room, a tiny kitchen which was disproportionate to the rest of the house, a utility barely big enough to house a washing machine, and dated decor. The pantile roof was ‘shot’ and the pointing on the external brickwork was crumbling so
badly that the whole house needed to be redone. The plot fared little better, with a tired-looking garden and a single garage with an asbestos roof.

Yet Carolyn and Chris were looking for “a project,” and the run down property was just what they had in mind. They were the first to put in an offer (which was accepted) in May 2017 and then they carried on living in the rented house until they were able to move in at the end of September 2018.

The first job was to get permission for their plans to reconfigure the entire house and build a two-storey extension across the back. It took just 10 weeks, with no objections, for Harrogate Borough Council to give the nod, and building work began on 1 October. By this time the house had been empty for more than two months, giving Carolyn and Chris time to line up contractors and source materials ready for the first phase.

“The garden was cleared first,” says Carolyn. “There was good access down the side of the house, so the builders could get machines and diggers to the back and any rubble and waste could be taken off site quite easily.”

The garage was also demolished, with special care taken to safely dispose of the hazardous asbestos, which could not be recycled, re-used or put into an ordinary skip. The general rule with asbestos removal is to ensure that no fibres are released during the demolition, and that specialist masks and suits are worn to prevent inhalation of asbestos dust. Smaller pieces of asbestos should be placed in a bag or polythene sack as soon as they are removed and all asbestos should be wrapped in strong polythene before being collected by a company that specialises in dealing with hazardous waste. “It is best to leave it to the experts,” says Carolyn.

With the garage gone and the space opened up, work began on the foundations to the extension. The builders immediately hit a problem. As fast as they could excavate the garden, the channels were filling up with water.

A pump had to be brought in to keep the water levels at bay until the block and beam foundations could be laid.

At the same time, the old drains to the property were dug up and replaced with a new system. It was an unexpected cost but, as Carolyn and Chris acknowledge, it was necessary to reduce the potential for more costly problems further down the line.

“You have to allow for some of the budget going into things you won’t necessarily see when the house is finished, but are crucial if you want to prevent things coming back to bite you at a later date,” says Carolyn. “In the long run it’s a lot more costly to carry out retrospective repairs than it is to invest in new systems at the time of the build, when contractors are onsite and access is easier.”

Before the extension walls were built, a chimney to the side of the house was demolished which they believe was responsible for some of the damp problems. The walls of the extension went up without incident, creating a new living area running the full width of the house at the back.

Roof timbers were then craned into place and the extension made watertight with what a surveyor described as “one of the best roofs she had ever seen”, built to a very high standard and highly insulated in the process. However, it wasn’t achieved without huge effort and perseverance on the part of the roofers, who took two months to get it right.

“This was partly due to the fact that we were waiting for a piece of fascia board to be delivered,” says Carolyn. “Without it the roof couldn’t be completed. It was very frustrating.”

“My dad was very keen for us to have good insulation throughout the house,” she says.

“It was his passion and he encouraged us to install more than was actually required in the walls and the loft space. It was good advice.”

The extension was fitted with bi-fold doors and skylights before the original external wall was demolished to open up the space between the extension and the old kitchen area. Inside the original part of the house, two reception rooms were opened up into one large sitting room, and the hall was redesigned to include a new staircase and wooden floor. The upper floor layout was also dramatically changed, with the original three bedrooms becoming four and the inclusion of both a family bathroom and an ensuite.

As part of the renovation, the whole house was rewired and replumbed and the old windows, which were in a poor state of repair, were replaced throughout with a combination of aluminium and two-tone PVCu, along with the external and internal doors. On top of that, every room was taken back to brick and replastered.

All the utilities were redirected to a safe point in the garage, instead of coming into an understairs cupboard. “The builder was determined to bring everything up to date, and futureproof the house,” says Carolyn.

“The only original exterior wall to remain intact was the front wall. Even that has been rendered with a lifetime guaranteed product that will only need pressure washing every
10 years. It took two weeks to dry properly but the weather was dry and hot so everything was fine.”

Every part of the house was affected or changed in some way, whether it was the installation of new windows, floors being taken up, or walls coming down.

“There was no way we could have lived in it while it was being modernised. There wasn’t a single room left intact,” says Carolyn.

This was more than mitigated by the advantage of living close by, as Carolyn and Chris were able to walk down the street on a daily basis to check on progress, answer builders’ questions, and stay one step ahead with ordering materials and fittings as and when they were needed.

“It’s very easy to go over,” says Carolyn. “The drains were an unforeseen expense and we chose a more expensive staircase and front door than we had originally budgeted for. We also had the garden hard landscaped so it flows seamlessly from the house. We wanted to make sure we only did the jobs once.”

The Browns moved in once the kitchen and ensuite had been fitted, but without the main bathroom. It took a further two weeks to complete and for the builders to finally move out. There was just one more major task required to pull the whole house together – the interior finishing touches.

Carolyn and Chris run their own asset finance business and didn’t have the time – or, by their own admission, the skills – to create an interior befitting the new-look house. So Carolyn called in Yorkshire interiors company Furnish and Fettle to help them choose wallpaper, paint colours, soft furnishings, furniture and accessories that would complete their new home.

“I would urge anyone who is struggling with those finishing touches to employ a company like Furnish and Fettle,” says Carolyn. “They take away the stress of having to make yet more decisions and prevent you making costly mistakes at the final hurdle. After all, we’re not planning to move again in a hurry!” 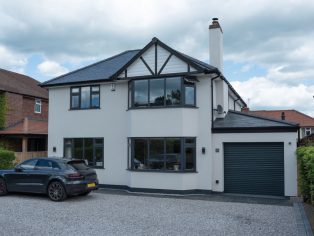 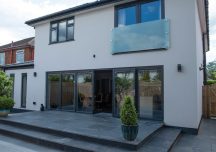 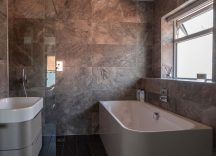 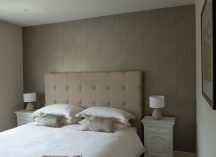 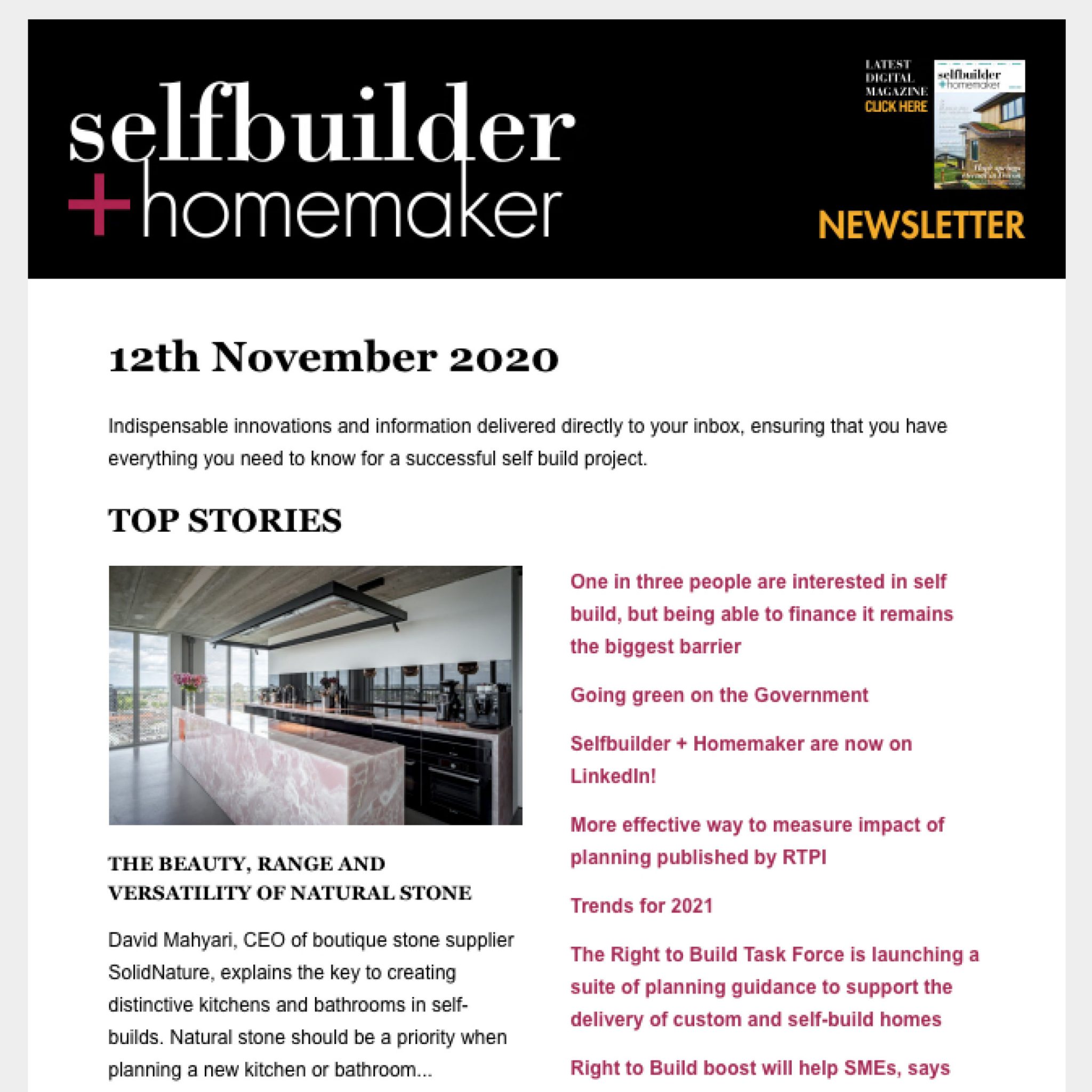