Gareth Bacon is the Conservative regeneration and budget spokesman on the London Assembly.

It is a fact that the majority of housebuilding in this country, for first-time buyers or otherwise, is delivered by large developers. This is not in itself a bad thing, but it does indicate that housing strategies leave little room for those who want to build their own home. In London, 70 per cent of new market homes were built by just 23 developers last year.

As larger developers are often unwilling to release more than 100 homes per site to the market per year, a market dominated by large developers poses a direct risk to the level of housing supply. Additionally, incentivising self-build would both improve consumer choice and increase local employment.

Self-build is not an impractical or starry-eyed idea that is great in theory but undeliverable in practice. Self-build figures from Europe demonstrate that such a step-change is possible and highlight just how far behind Britain is in comparison. It is estimated that only ten per cent of new homes in the UK are self-built compared to 30 per cent in the Netherlands, around 50 per cent in France and Belgium, 60 per cent in Germany and 80 per cent in Austria.

Clearly, we have some catching up to do.

There are, however, two key problems facing prospective self-builders in London: the availability of small plots for development and the costs of purchasing land in the Capital.

The report ‘Gap in the Market’, recently recommended that disused public sector land, like that formerly used for old laundries, garages and store sheds, should be released for self-build development. This report estimates that as many as 15,000 homes could be built on this land.

This would tackle the issue of finding suitable land. If disused public land was to be made available to smaller developers and self-builders this would significantly increase the supply of homes, thus ensuring that many Londoners can build and own their own homes. This is particularly relevant to London, where house prices are so high in relation to wages. Indeed evidence suggests that a self-build unit could be completed for as little as £50,000.

Then there is the question of land values.

The Mayor of London, Boris Johnson, has for the first time announced the creation of a self-build pilot scheme for London. This scheme, which has initial funding of £5m, will seek to increase development on infill and disused public sector land.

Current estimates suggest that 150 self-build homes could be built using this fund, which would be a meaningful shot in the arm for London’s burgeoning self-build market. Additionally, the funding will mostly be used for land acquisition and building costs, ensuring that the scheme helps to remove the second barrier to self-builders.

London needs approximately 50,000 new units every year just to match demand. Given this, there is every reason to support the emergence of a self-build sector in the Capital to supplement larger developments. Mayor of London Boris Johnson, supported by the Conservatives on the London Assembly, are leading the way in supporting potential self-builders. 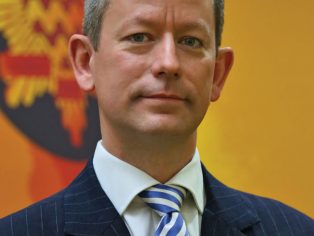