January furniture show set to be a five star event

The January Furniture Show is expanding Hall 5 confirming its position as the UK’s biggest and best furniture and furnishings event.

The show, which runs over four days (24-27 January) at the NEC, Birmingham, will see Hall 5 make a comeback as the biggest hall for the 2016 show as more quality industry names join the strong line up of exhibitors.

“Confidence in the market, and in our show, has meant we’ve already seen over 50 new companies signing up to join the 2016 show, alongside an 85 percent re-booking from last year. We’ve also seen significant growth from existing exhibitors who saw real value in the show and have requested more space.”

“While we have extended Hall 5, we’re doing it for the right reasons – and that’s to increase the offering to visitors and to add greater variety making it a ‘one stop shop’, our aim from the beginning has always been to keep the show focused and relevant so while we have expanded we are controlling the growth so that it’s to the benefit of the visitors and exhibitors.” 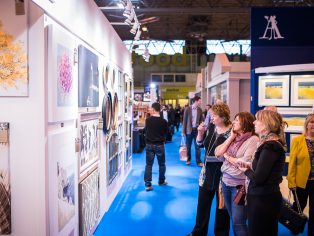