Unique interpretations of iconic designs to be auctioned at designjunction2014 to raise funds for Teddy’s Wish charity project.

designjunction2014 will be curating the exhibition ‘A Child’s Dream’ in partnership with two renowned family-run British brands – Anglepoise® and ercol – who have kindly donated product for an inspiring collaborative charity project.

Nineteen of the UK’s leading designers from the field of architecture, design, fashion and graphics have been invited to customise the iconic Anglepoise® Type75™ Mini desk lamp and tacking chair, from Ercol’s Originals collection. Their bespoke designs will be displayed at designjunction2014 for the duration of the show (18 – 21 September) in an exhibition designed and curated by British designer Anthony Dickens, presented on the first floor of the Sorting Office on New Oxford Street.

All funds raised will go directly to Teddy’s Wish and will be available to buy online through silent auction at thedesignjunction.co.uk/charity from 12 September until midday on Sunday 28 September 2014. Prices start from £150 for the lamp and £350 for the chair.

Since the 1930s Anglepoise® has been producing pioneering lamps. The classic Type75™ Mini desk lamp was designed by Britain’s leading industrial product designer, Sir Kenneth Grange, known for designing some of the most recognisable products of our time – the re-design of the London black cab, Parker Pens, Kodak cameras and Kenwood mixers to name but a few.

Furniture brand ercol, founded in 1920, will provide twelve Stacking Chairs. These robust and versatile chairs were first designed in 1957 and remain an enduring and popular feature of the ercol Originals collection.

“My motivation for this project is personal. Teddy’s Wish was set up by my sister Jennifer and her husband Chris following the tragic death of their three-month old son, my nephew Edward.”

“Edward Louis Reid was born on 18 January 2014 and was the light of our lives. Tragically three months later on 16 April 2014 he left us, a victim of Sudden Infant Death Syndrome (SIDS).”

In the UK, more than 300 babies die suddenly and unexpectedly every year without reason. Jennifer and Chris founded Teddy’s Wish to honour the memory of their beautiful son and because the loss of a child is something no parent should ever have to suffer. The funds raised will aid further research into SIDS, Stillborn and Neonatal Death Syndrome and support grieving families. In all cases the loss is sudden, without warning and often without explanation.

The charity launched on 1st August 2014 and since its inception, has raised an incredible £50,000 through generous donations on https://www.justgiving.com/teddyswish14/.

The fundraising activity started with a 100 mile cycle at RideLondon by Chris Reid – who cycled across the city in memory of Edward.

“The response so far has been overwhelming and to raise this amount of funds in such as short space of time is testament to the impact Edward has had on people’s lives. It’s comforting to know so many people out there have been touched by our story and we want to continue to raise as much awareness as possible to help families in the future”.

‘A Child’s Dream’ exhibition will take place at designjunction2014, and will run from 18-21 September. Visit the first floor of The Sorting Office, 21-31 New Oxford Street, London.

Ticket entry to the show is £8 in advance or £10 on the door, a percentage of ticket sales will go to Teddy’s Wish. 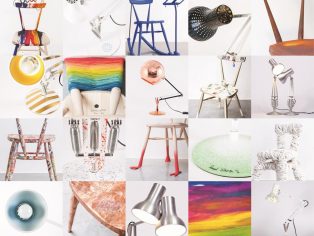